Maltitol is a sugar alcohol that is used in the place of sugar on a low carb diet, so it is natural to wonder is maltitol keto. One reason why it serves as a suitable replacement for sugar is that it has identical properties to table sugar. The only difference is that maltitol, although sweet, is not as sweet sugar. Another reason why consumption of sugar alcohols like maltitol are displacing sugar in commercial products is that they contain fewer calories. Several commercial products such as energy bars, chewing gums, chocolate and desserts contain maltitol. These products are usually labeled as “sugar-free”.

How is maltitol made? One thing to keep in mind is that sugar alcohol can be obtained naturally from vegetables and fruits but some of them are manufactured. It is derived from maltose which is produced by a process of hydrolysis from starch. The maltose is then enzymatically hydrolyzed and undergoes further catalytic hydrogenation and filtration to obtain maltitol. This article discusses the pros and cons associated with the use of maltitol on the keto diet and highlights several alternatives.

The Health Benefits of Maltitol

There are several advantages that come with the use of maltitol on keto and a few of them include:

Low in Carbs and Calories:

As already mentioned, maltitol makes a good sugar substitute not just because it is sweet and has similar properties as regular sugar but because it has a low carb count and gives fewer calories. While on keto, it is important to cut back on carbs and increase fat consumption and with the low carb content in maltitol, this may easily be achieved. Since it has few carbs, this sugar alcohol when added to the diet may promote weight loss. The calories in maltitol are only about 2 per gram compared to the 4 calories per gram in table sugar.

Fewer Problems Associated With Maltitol Use:

Unlike some other sugar alcohols that have a bitter aftertaste, using maltitol has not been reported to leave any aftertaste. Sugar substitutes that leave an aftertaste make it difficult to stick to a low carb diet. This is because individuals who use such sugar substitutes end up craving for foods that contain sugar that will eventually knock them out of ketosis. With maltitol, however, this problem is eliminated and it is especially beneficial for individuals on keto who aim to lose weight. This is true because adding maltitol to foods may help curb sugar cravings as it has similar sweet taste and properties as sugar.

Maltitol also has other health effects but those discussed above are limited to its use on keto.

Maltitol has so many health benefits that make it useful for the keto diet. However, it is also important to mention that this sugar alcohol also has some characteristics that may make its use on keto questionable. A few of these reasons include:

As described earlier, maltitol is a carbohydrate. This means that it can still affect an individual’s carb intake, especially when consumed in large proportions. In fact, consumption of maltitol is said to have the same effect on the body as sugar. This information enables keto dieters to plan their diet accordingly and include it when summing up their daily carb total.

Alternatives to Maltitol on Keto

Maltitol is a good substitute for sugar on keto, however, it has some drawbacks. It can be replaced with other sugar alcohols and sugar substitutes that are low in carbs and calories and have a low glycemic index. Five keto sweetener alternatives to maltitol on keto are discussed below

Like maltitol, erythritol is also a sugar alcohol but its major advantage over maltitol is that it has zero carbs and zero calories. It also has a low glycemic index, meaning that it cannot cause a spike in blood glucose levels. Again, like maltitol, this sugar alcohol does not leave any unpleasant aftertaste and it has fewer side effects compared to other sugar alcohols including maltitol. These properties of erythritol make it one of the suitable sugar alternatives to maltitol on keto. 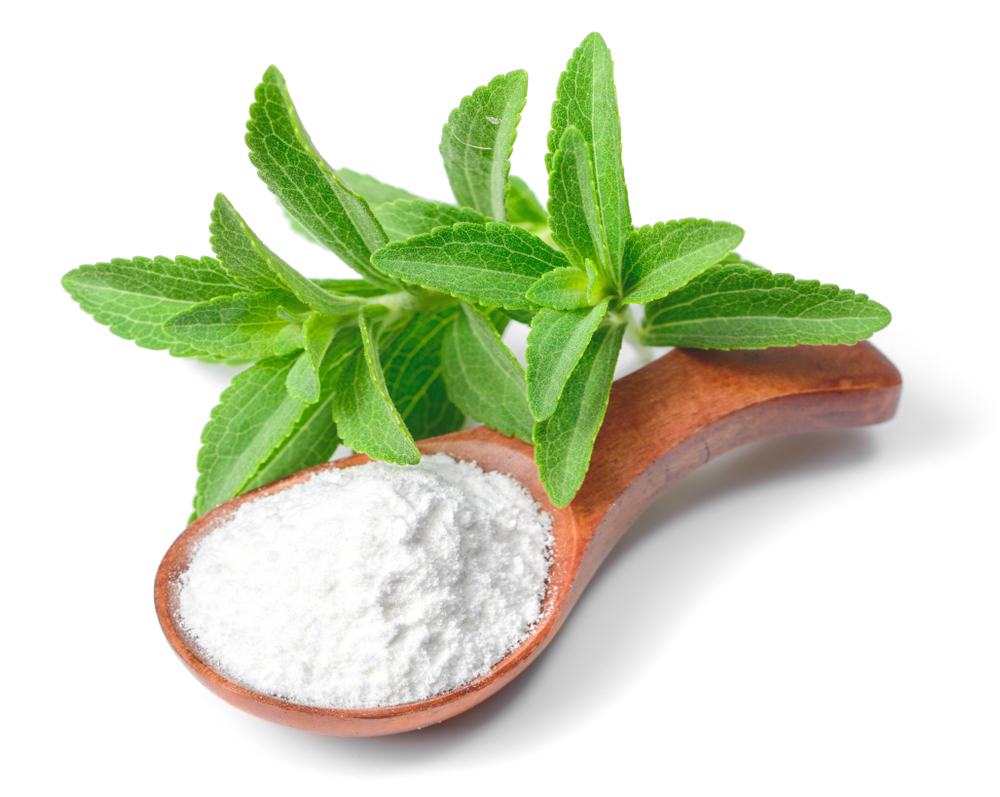 This is one of the most popular sugar substitutes available in the world. It is highly recommended because it is approved by the Food and Drug Administration and also because it contains zero calories. Also, unlike maltitol that does not have any added benefits besides its taste, stevia contains nutrients including magnesium, potassium, vitamin B3 and fiber. The fiber content in stevia products may promote a feeling of fullness and eliminate unnecessary food cravings.

With a low glycemic index of only 7, xylitol is another great alternative for sugar and maltitol. It is a sugar alcohol that is 100% as sweet as table sugar but gives fewer calories. Consumption of xylitol does not rapidly increase glucose in the bloodstream and trigger an insulin response and it has been linked with speeding up the rate of ketosis. Since xylitol is as sweet as sugar, it can help reduce sugar cravings and can be used in most foods where sugar is used in a similar quantity. 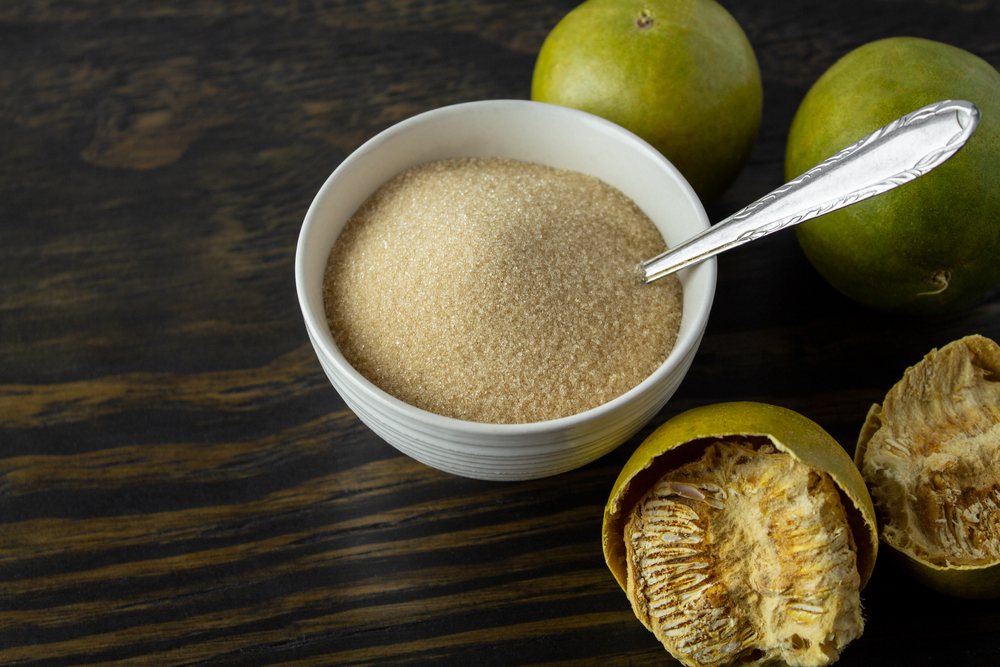 Similar to maltitol in not leaving a bitter aftertaste, monk fruit is another option for those who want to replace maltitol on keto. There is no evidence that it causes blood sugar or insulin levels to rise and has not been reported to cause digestive upset or stomach pains. It also contains zero calories and no carbs but offers sweetness that is about 100 to 200 times that of regular sugar. It is also obtained naturally and contains mogrosides which are antioxidants that are responsible for its peculiar taste.

The yakon syrup is a suitable alternative for maltitol because it is low in carbs, calories, and has been shown to be beneficial to gut bacteria.

Maltitol can be used on keto because it has a low carb content, it is low in calories and does not leave any unpleasant aftertaste. Its use must be in moderate quantities to achieve and remain in ketosis. It is, however, discouraged on a low carb diet because it has a relatively high glycemic index that can cause blood sugar and insulin levels to rise abnormally. Rather than make use of maltitol, there are other better alternatives that can easily replace maltitol on keto and still add sweetness to low carb meals. Popular alternative sweeteners to maltitol include sugar alcohols like erythritol and xylitol. They are used because they are low carb, zero calories (or give fewer calories) and do not cause a rise in blood sugar level and insulin levels.

Michael Jessimy
Michael Jessimy is a qualified Pharmacist with over 10 years experience dealing with a range of both prescription and alternative remedies. He is also an amateur heavyweight bodybuilder and loves spending his spare time hitting the gym. He strives to help others build the best body possible through fitness, health and nutrition consultation and has several published books under his name.

Is sauerkraut keto? Some people love it, and some hate it.Sauerkraut refers to fermented raw cabbage that may have originated from China. It is made by leaving finely shredded cabbage with salt to ferment naturally by lactobacilli. The end product of the lactic acid fermentation is a sour vegetable that is often used as a […]

What Is Monk Fruit Extract And Is It Keto?

What Is Monk Fruit Extract And Is It Keto? There has been a lot of discussion recently about what is monk fruit extract and if it adheres to keto diet principles, and based on the premise that it was very popular in Traditional Chinese Medicine (TCM), maybe there is something to this. In this article […]

Keto Rash: Why You’re Suddenly Itchy and How to Make it Go Away

A keto rash might be the last thing you expect when starting the ketogenic diet. However, it is important that you realize some of what you may run into and be prepared to deal with it in such an event. Many unpleasant side effects may come up when one starts the keto diet. Symptoms of […]