Is Sucralose Keto Approved As a Sweetener?

What is the sucralose keto diet connection? Do they mix? Sucralose is an artificial sweetener that is used by many people as a replacement for sucrose. It is sold under the brand name Splenda, and it is even referred to as the most widely used artificial sweetener around the world.

Sucralose is about 400 to 600 times sweeter than table sugar and is referred to as an organochlorine sweetener. It gets this name because it is formed by chlorinating sugar that is, the table sugar is chemically modified using chlorine atoms.

How does Sucralose work in the body? It works by interacting with the chemical sensors that are responsible for sweet sensation, making an individual get a sweet taste without adding the calories that regular sucrose will give. When Sucralose is left pure, it does not contain any calories, but in the form in which it is currently sold (Splenda), Sucralose may not be entirely calorie-free.

The reason why Sucralose may be so popular may be because it tastes identical to table sugar and thus people find it easier to use it as an alternative when they feel the urge to consume something sweet. Splenda is commonly sold in powder form, and it is used in dinner cafes and coffee shops to make smoothies and coffee. It can be purchased from supermarkets and can even be obtained in large quantities from online stores.

What are the Pros of Using Sucralose on Keto?

On the one hand, Sucralose is much sweeter than regular sucrose or table sugar, and it contains no calories or net carbs depending on whether it is purchased purely or not.

This makes it an ideal replacement for sugar and suitable for the keto diet. Again, It is also only required in small quantities to achieve the same taste like table sugar without adding calories and extra carbohydrates that the body does not need and helps keep the body in a state of ketosis.

Sucralose is also heat stable, meaning that its sweetness is retained even when it is subjected to prolonged heating procedures. This makes it a suitable sugar substitute for baking. Since following a ketogenic diet means reducing the amount of processed food one consumes, it can be challenging to eat sweetened baked goods, but with artificial sweeteners like Sucralose, it is easier for keto dieters to consume baked products.

Several studies support the claims that Sucralose is good for the keto diet, especially when consumed in small doses. With proper moderation, Sucralose can be used freely on keto without fear of spiking insulin levels and stimulating unhealthy cravings that can cause an individual to gain weight.

Another advantage of using Sucralose on a ketogenic diet is that it is readily soluble in various substances, including ethanol and water. This versatility accounts for its usage in water based as well as in fat based products. This is one of the reasons why Sucralose is widely used as an artificial sweetener since most of the other artificial sweeteners may not be soluble in water and fat based goods or are only slightly soluble.

Sucralose is sometimes found in diet soda along with acesulfame potassium and aspartame.

What are the Cons of Using Sucralose on Keto As A Sugar Substitute?

Splenda, as already mentioned, is a brand of the artificial sweetener Sucralose, but unlike pure Sucralose, it is not calorie-free, and it contains bulking agents that will add calories to the diet. Splenda may also cause an increase in blood sugar levels because it contains a blend of other sweeteners and has a high glycemic index. It is thus necessary for the individual to rely only on pure Sucralose on a ketogenic diet or make use of brands that are made with only pure Sucralose.

When the gut bacteria is healthy, the individual will experience better immunity, reduced swelling, and improved digestion. Using sweeteners like Sucralose may cause disease-causing bacteria to replace the healthy bacteria and cause infection. To support this claim, Sucralose was fed to rats in amounts suitable for human consumption, and the results showed that the gut microbiome was altered and there was chronic liver inflammation. 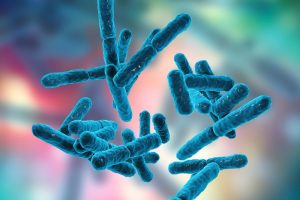 The incidence of obesity has grown rapidly and will continue to grow at an alarming rate. People turn to artificial sweeteners like Sucralose to help manage body weight, but this not be the case. There have been reports that consuming Sucralose may actually cause weight gain by increasing insulin levels produced from pancreatic beta cells, increasing the rate at which the intestines absorb glucose and stimulating the centers in the brain that control appetite. While Sucralose is said to promote weight gain, there are also other studies that show that consuming Sucralose does not affect body weight.

While Sucralose on its own may not have adverse side effects unlike others, it is popularly found as a sweetening blend that may not be entirely safe for consumption. Individuals on the keto diet may want to make use of naturally obtained sweeteners for meals instead of artificial sweeteners. Some of the natural sweeteners include Xylitol, Stevia, Monk fruit, and Erythritol. 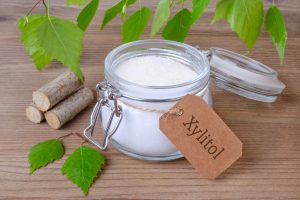 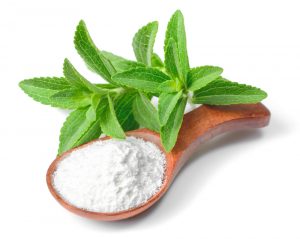 Stevia is a nonnutritive sweetener that may also be used to replace table sugar and other artificial sweeteners. This artificial sweetener contains less than five grams of carbohydrates, and so its calorie content is negligible. Individuals, especially those with diabetes or who are eager to lose weight may find stevia a good option for best sweetener.

Wondering where the rest stand? Read about maltitol. 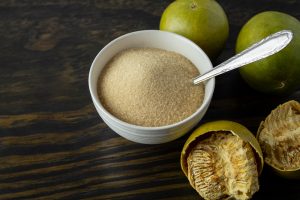 Monk fruit is used to produce monk fruit sweetener. This sweetener contains only natural sugars and is suitable for the keto diet since it does not contain calories. This sweetener is also believed to have antioxidants that help prevent the actions of free radicals. 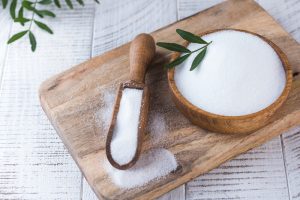 Erythritol is a sugar alcohol that is safe to use on the ketogenic diet as a sweetener. Although it contains a small number of carbohydrates, the carb level will have a negative effect on the body. Studies performed using erythritol also suggests that this sweetener does not affect insulin sensitivity and blood glucose levels in any way.

A lot of controversy surrounds Sucralose like most other synthetic sweeteners. Just like the others, Sucralose is said to have some positive effects on health such as its being able to maintain sweetness when subjected to prolonged heating, its high versatility, and the fact that it is a zero calorie sweetener. All these properties make Sucralose an excellent choice to add as an artificial sweetener when making different keto meals.

Although it is the most widely used artificial sweetener in the world, this does not make it a perfect alternative. Sucralose has also been implicated in several health conditions, especially the brands that contain calories. Remember that the aim of the keto diet is to remain in ketosis, so it is necessary to check the brand before purchase to ensure that it contains only pure Sucralose.

Other good alternatives can be used in place of Sucralose. These alternatives are usually obtained naturally, most of them contain low calories and are considered safe for use on the keto diet. The sucralose keto verdict? FAIL.

Michael Jessimy
Michael Jessimy is a qualified Pharmacist with over 10 years experience dealing with a range of both prescription and alternative remedies. He is also an amateur heavyweight bodybuilder and loves spending his spare time hitting the gym. He strives to help others build the best body possible through fitness, health and nutrition consultation and has several published books under his name.

Made by bees with existence dating back to several thousand if not millions of years, honey is a natural sweetener that is used by people worldwide. But apart from its use as a sweetener, honey also has several medicinal uses (1) including the treatment of burns and in wound dressing. For those who plan to […]

The agave keto question has been around for some time. Most people are by now well aware of the fact that sugar is bad for health. For those who want to start a ketogenic diet, consuming sugar is not recommended. Such ones may, however, have no idea whether other sweeteners marketed as alternatives are any […]

Keto Rash: Why You’re Suddenly Itchy and How to Make it Go Away

A keto rash might be the last thing you expect when starting the ketogenic diet. However, it is important that you realize some of what you may run into and be prepared to deal with it in such an event. Many unpleasant side effects may come up when one starts the keto diet. Symptoms of […]